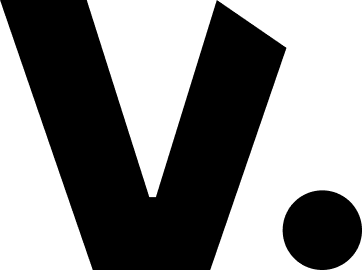 As Digital Marketing Consultants for Holywood Golf Club, we were especially excited when Rory McIlroy completed a special week at Congressional Country Club by winning the 2011 US Open. McIlroy’s victory was an indication of how effective global PR is, and what effect it can have on your website. On 20th June 2011 – the […]

As Digital Marketing Consultants for Holywood Golf Club, we were especially excited when Rory McIlroy completed a special week at Congressional Country Club by winning the 2011 US Open.

McIlroy’s victory was an indication of how effective global PR is, and what effect it can have on your website. On 20th June 2011 – the day after McIlroy’s stunning 8 shot victory, where he broke countless records – Holywood Golf Club received an all time high of 5,382 visits to their website.

A competition being run by Holywood General Manager Paul Gray – The Rory McIlroy Classic – sold out in a matter of minutes.

Rory McIlroy’s win generated not only more interest in him, but interest in his home club. Holywood Golf Club benefitting from an increase in visitors looking at membership with the club, to more visitors looking at green fees so they could play the same course which Rory grew up on. The site traffic for Holywood Golf Club for the month of June 2011 was up 246.6% from May 2011 and the amount of page views increased 333.97% over the same period.

On the week of the US Open 2011, site traffic at Holywood Golf Club rose 890% as compared to the previous week. Holywood Golf Club is still experiencing a 100% increase in day to day traffic, nearly a month after Rory lifted the trophy.

Unsurprisingly, Rory’s win generated global interest in Holywood Golf Club with USA, Canada and Australia being the top 3 countries outside of UK and Ireland.

Holywood Golf Club have a well designed and very user friendly website, as a result they have been able to utilise all the interest in themselves, and use it to help their club. It highlights the importance of having good website, because you never know when you may receive a massive increase in traffic.

Yesterday, Darren Clarke completed a truly magical major hat trick for golf in Northern Ireland. His 3 shot victory at The Open over four time major winner Phil Mickelson and Dustin Johnson was really a moment for all of Northern Ireland to savour. Since Graeme McDowell won the 2010 US Open at Pebble Beach, Northern Irish golfers have won 3 of the last 5 major championships a stunning achievement. WSI Digital Web would like to congratulate Darren Clarke on his special win, and thank him for a truly memorable week.

Post categories
Web DesignGeneral
Back to blog
Recent posts
What to Know About Choosing a Custom Web Development Company 3 May 2022
7 Web Design and Development Services in UK to Grow Your Business 11 March 2022
What Are Core Web Vitals?: The Importance of Your SERP Ranking 3 February 2022
10 Internal Linking Practices To Follow For Best SEO Results 14 January 2022
The 10 Best Programming Languages to Learn in 2022 13 December 2021
Ready to Launch Your Ecommerce Site? Tips for Choosing the Right Ecommerce Platform 20 September 2021
Brochure Website Design – What You Need to Know 20 September 2021
Subscribe