Top 10 Things to See in Belfast 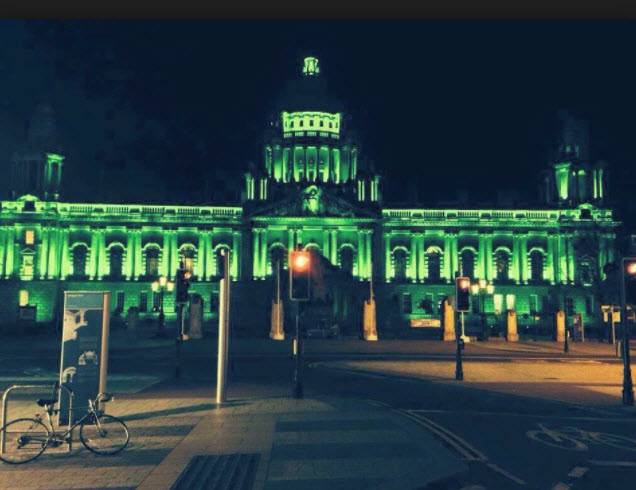 Belfast is the capital city of Northern Ireland. It was once a powerful ship-building centre and is famously known for being the birthplace of The Titanic.

Belfast has undergone a remarkable change in recent years, and the increasing number of visitors to this amazing city are met with warmth and an amazing show of the city’s enthralling history. There are a lot of tourist attractions here including excellent shopping experiences, awe-inspiring Victorian architecture, and some truly noteworthy museums. Find out what else Belfast has to offer.

Here are 10 unforgettable things to see in Belfast:

The museum dedicated to the world’s most famous shipwreck. This museum is billed as the largest Titanic visitor attraction in the world. The Titanic had a very big influence on the city of Belfast, and in 2012, the Titanic Belfast Centre was opened to the public. The eye-catching design of this venue is reminiscent of two ships next to each other in the shipyards of Harland & Wolff, and inside the museum, you will see amazing interactive displays showcasing Belfast’s industrial heritage and also the full history of The Titanic, from the inception to finding the wreck on the seabed.

Belfast’s oldest traditional pub. This Irish pub is located on Bank Street, right in the heart of the city. Kelly’s Cellars is a gem that is rich in old traditional values and it’s a must-see whenever you’re travelling in Belfast. This enchanting pub which was built in 1720 is famous for serving a pint of Guinness with homemade Irish beef stew. It has changed very little over the past 200 years and visitors will find that it still has most of its original features.

3. Watch a Belfast Giant’s game in the breath-taking SSE Arena

One of the things you shouldn’t miss out on is a chance to witness the city’s home Ice Hockey team, the Belfast Giants in action! Experience tons of fun watching the game or taking part in any one of a number of competitions and free Pizza and Subway giveaways that take place often during the breaks. For any serious hockey fans, this will undoubtedly be an unforgettable experience.

4. Take a trip to the Peace Walls

The Peace Walls are yet another place to create unforgettable memories of your trip to Northern Ireland, not to mention the Instagram-worthy pictures that you will be able to take there. This bizarre yet interesting attraction in the city consists of gigantic walls which separate communities. Although it’s a little hard to fathom that in modern Europe there is a city with such walls, it’s a good idea to try and see them before they come down in the next two decades or so.

Fancy yourself a foodie? Why not try the biggest breakfast at The Newton Cafe Brunch Bar. This eatery boasts the largest fry-up in all of Northern Ireland, with the meal consisting of a 34-piece fry. The Goliath XXL, as the breakfast is known, includes sausages, 4 pancakes, 4 potatoes, 4 sodas, 3 eggs, 4 pieces of bacon, 2 slices of toast, 2 black pudding servings, hash browns, 2 fried tomatoes, a portion of beans, mushrooms, and chips!
According to the owners of the cafe, just over 50 people have tried this breakfast, but only one has managed to eat all of it. It took him almost an hour to eat the meal. If you feel up to the challenge, pop in at the Newton Cafe, find out if you have what it takes, and make history while you’re at it!

6. Visit The Europa Hotel – the most bombed hotel in Europe

Don’t miss the opportunity to visit the Europa Hotel. It is a four-star establishment nestled in Great Victoria Street and it has hosted celebrities, presidents, and prime ministers over the years. Its storied history involves having suffered 28 bombings during the Troubles. Of course, the bomb attacks stopped long ago and there is nothing to worry about in recent years. All Europa Hotel is now a beautiful, fascinating and peaceful place with a lot of fantastic stories about its history.

7. Have a unique experience in Belfast City Hall

In the centre of the city of Belfast is a stunning civic building built during the first part of the 20th century in the Edwardian style. Inside, the building is beautifully decorated and tells a story of the city’s proud history. There are vibrant, colourful gardens where you can walk and discover artwork and statues which stand in memorial of the Titanic.
These statues are linked to everyone from President Clinton to Queen Victoria. There’s also a scenic cafe right there called the Bobbin Coffee Shop where you can enjoy a cup of tea while taking a break from your sightseeing.

Often seen on the television in news reports about Belfast Northern Ireland, Stormont is just 15 minutes away from the city centre, although that would be hard to imagine when you see the lush greenery that surrounds the building. This is a tour worth taking and culminates in an impressive view across to the Belfast Hills and the Black Mountains. Certainly a unique and unforgettable sight worth seeing anytime you’re in the city.

9. Take one of the award-winning Belfast Food Tours

Although brunch stops and landmark tours are all great highlights on your trip, if you want a truly unique, once-in-a-lifetime experience then taking a Belfast Food Tour will give you that. Perfect for the foodie in each one of us, this tour is designed to take you to all of the best food and drink places in the heart of the city in under four hours (and there are lots of wonderful surprises along the way).

For those who are fans of the Chronicles of Narnia, you will absolutely love this tour which takes you to all the places that inspired the author’s magical world of Narnia. Lewis was born and lived in the east of the city where the walking trail begins, and by the end of the tour, fans will know everything there is to know about how he lived his life, and the influences which led to the famous story of Narnia.
Post categories
General
Back to blog
Recent posts
What to Know About Choosing a Custom Web Development Company 3 May 2022
7 Web Design and Development Services in UK to Grow Your Business 11 March 2022
What Are Core Web Vitals?: The Importance of Your SERP Ranking 3 February 2022
10 Internal Linking Practices To Follow For Best SEO Results 14 January 2022
The 10 Best Programming Languages to Learn in 2022 13 December 2021
Ready to Launch Your Ecommerce Site? Tips for Choosing the Right Ecommerce Platform 20 September 2021
Brochure Website Design – What You Need to Know 20 September 2021
Subscribe