The History of Belfast City Hall 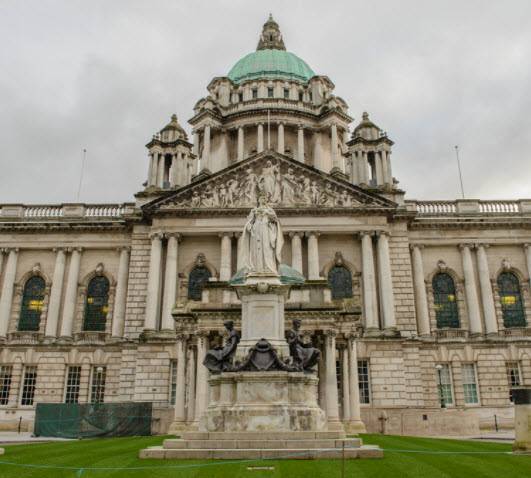 The plan for this City Hall began after being awarded city status in 1888 by Queen Victoria. At the time, Belfast was rapidly expanding and thriving in businesses like rope making, linen, shipbuilding and engineering industries. The queen awarded it the city status because of these economic factors.

During this period, it briefly overtook Dublin as the highest populated city in Ireland. The Belfast city occupies where White Hall was once found, a very important facility used for exchange of linen. The real ground construction did not begin until 1898. The lead on this project was Sir Brumwell Thomas, a prolific architect. It cost the corporation of Belfast, now known as the council, £69,000, which was funded from the gas industry. Local companies such as WH Stephens and H&J Martin were also involved in the construction.

H&J Martin was the main contractor while WH Stephen was the main surveyor. It was completed in 1906 under clerkship of James G Gamble, an architect. Northern Ireland has various buildings, but Belfast Hall has its magnificent features that makes it a more breath-taking view than the others. This originates from both its internal and external classic characteristics. The interior is extensively constructed using Pavonazzo, Carrara and Brescia marble.

The intricate stained-glass windows form an admirable view. The grand staircase and ball room further increase the profusion inside the building. It also has a grand entrance and reception that makes you feel appreciated and welcome. There are various memorials located inside the building such as the Queen Victoria’s portrait, William III and the shield Ireland provinces. The exterior design is not a let-down either. It is built from Portland stone in baroque revival style. It’s found in an area of one and half acres and has an enclosed courtyard. It has a tower at each of the four corners of the building which hold up the copper dome found the centres.

The main dome dominates the skyline of the city centre with its distinctive green colour. There are numerous statues which carry a wealth of history found on this ground.

They include the following:

As you walk on this ground you will get a chance to pay tribute to the casualties of the ill-fated ship known as the Titanic. This huge doomed vessel was built nearby and the names of all the over 1500 victims are on display on the ‘Belfast List’. The gardens on east side of the hall where the names are found were opened in 2012 to commemorate 100 years since the disaster.

The lighting of the hall is the same as the Empire State Building in New York. The same technology has been used to light up the building in a variety of colours and combinations to indicate special vents. Examples are the use of red during Valentine’s Day and purple during International Women’s day. A free experienced tour guide is also available to take you through the halls and rooms. You can also take photos of the statues and all the other amazing features of the hall to keep as memories. Want to experience more interesting facts about Belfast? Alternativey you can further your buiness online with SEO Belfast services.